It’s widely accepted that sex drive is related to confidence. When you feel attractive, you are more likely to initiate romance with your partner. And what could give you more confidence than losing weight? It stands to reason that if gaining weight causes lethargy and a decreased sex drive, to lose weight would cause an increase in libido, right? However, the users of the controversial HCG diet have mixed reactions. 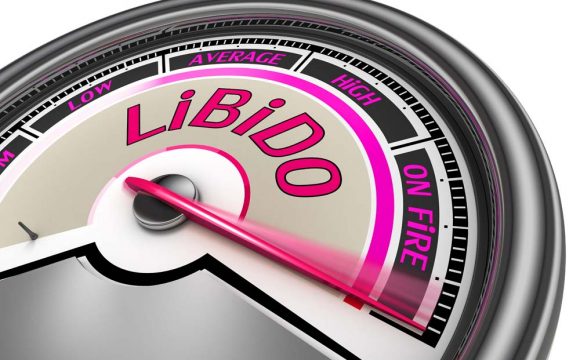 The HCG diet is a regimen that combines the intake of a hormone called Human Chorionic Gonadotropin with the consumption of about 500 calories per day, causing you to lose weight rapidly. Simultaneously, you are taking a hormone designed to (hopefully) decrease your appetite so that you don’t raid the fridge in the middle of the night. HCG is naturally produced in pregnant women and enables the fetus to stay nourished even if the mother is malnourished. The hormone can be taken in a few different ways:

There are three phases on the HCG diet:

Naturally, it’s during the weight loss phase of the regimen that dieters begin to experience a few side effects. Relatively minor ones include:

Scarier side effects include:

According to the forum on HCGDietinfo.com, many users of HCG experience changes in sex drive. One man on the HCG diet reported losing 35 pounds in 27 days, but losing his desire for his wife altogether. He was pleased with how he looked, but his wife began to suspect him of having an affair. Another follower of the diet experienced an increase in ardor and gushed about how much her boyfriend appreciated it. A third person raved that her husband’s new slim physique was the cause of his increased attentions. Previously, her husband had ballooned from 200 to 330 pounds in just three years, causing him to feel lethargic and disinterested in making love. Once the weight began to drop on the HCG diet, his drive rose and she felt appreciated and loved.

However, the majority of dieters who commented on the forum found that they had more in common with the first man, who quipped, “The only thing I want to have sex with is a pastrami sandwich.” Testosterone plays a huge role in libido — it’s actually what leads women to feel frisky at certain points in their cycle. Naturally, as estrogen from HCG increases, testosterone (and libido) tends to decrease. However, keep in mind that everyone’s body is different and reactions vary. But as with any diet plan, consult not only your doctor, but also the loved ones on whom a major lifestyle change can have a significant effect.